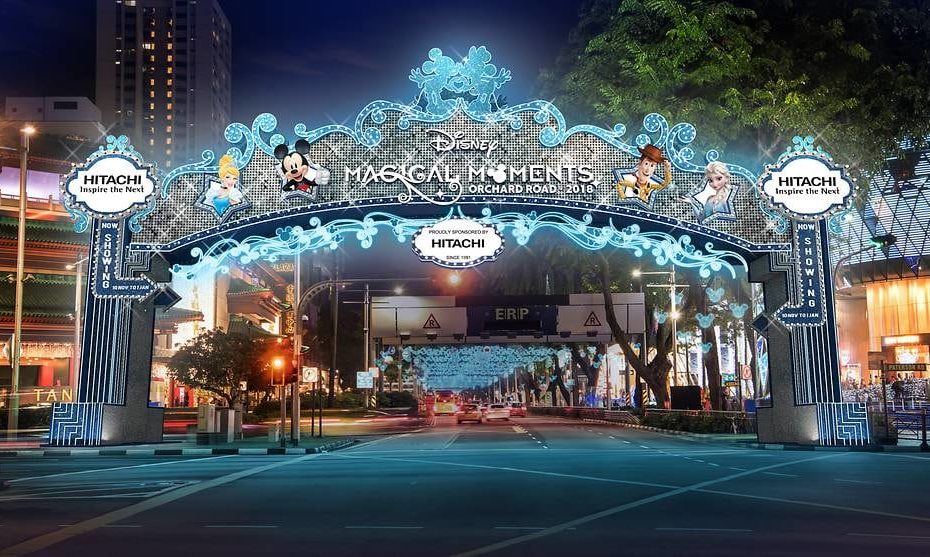 Starting as early as November, the streets along Orchard Road are lit up with Christmas lights and malls blasting Christmas music. This is also the golden time when brands start to release their Christmas promotions and holiday catalogs.

The Commercialisation of Christmas While brands are able to leverage this season of giving to promote their products, conduct sales activities, and boost sales, there seems to be an over-emphasis on this in recent years. With the multiple promotions and overly-decorated malls, Christmas has evolved into one of the most significant commercial events, even more so than its original religious intentions.

Despite the fact that the holiday sales period has allowed for people to be able to snatch good deals for their gifts, it has also encouraged a season of consumerism, with people making unnecessary purchases, which contributes to a cycle of overconsumption and unsustainability.

Even among the decorations for Christmas, brand promotions are overly emphasized, losing the cultural significance of the festivity. For example, the Christmas light-up along Orchard Road in 2018 was largely focused on Disney characters, rather than Christmas elements themselves. If we dig a bit deeper, the commercialization of Christmas can be attributed to the influence of Coca-Cola and some well-executed marketing plans. While it may seem like a recent occurrence, Christmas has been commercialized for longer than many of us would realize.

Christmas commercial adverts were already appearing in quantity in the mid-nineteenth century in British newspapers, stimulating consumerism by encouraging purchases. Aside from advertisements, parts of Christmas were also commercialized for marketing and promotion reasons:

In the early part of the 20th century, Santa Claus was known as a rather spooky figure and nothing like the jovial man we are familiar with, However, as Coca-Cola started featuring Santa Claus in their advertisements, a more wholesome Santa was created to depict the brand in a better light. This version of Santa has since stuck around and become an integral element of Christmas. Similarly, Rudolph the Red-Nosed Reindeer was also created as part of a marketing campaign to drum up newspaper coverage.

Black Friday stemmed from the tradition of department store parades sponsored around Thanksgiving that were meant to kick off the holiday shopping season. However, this sale season has also turned into one of the most violent sales periods, with many instances of serious injuries and even deaths occurring due to people fighting for items.

After Black Friday, Cyber Monday was introduced for smaller businesses to compete with larger corporations online and has since become one of the biggest online shopping days of the year. It has also been referred to as the online equivalent of Black Friday. Yet, while these sales are meant to kick-start the Christmas holiday season, there seems to be an over-emphasis on the sales.

While it is important to keep up with the sales and peak advertising period during the Christmas season, it is equally important to keep sight of the true meaning of Christmas, and that is to spend time with friends and family. A successful business would be able to incorporate the true spirit of Christmas into their Christmas adverts, be it using positive words to spread joy, or simply ensuring that your promotions are not too overbearing.

Read our blog for more